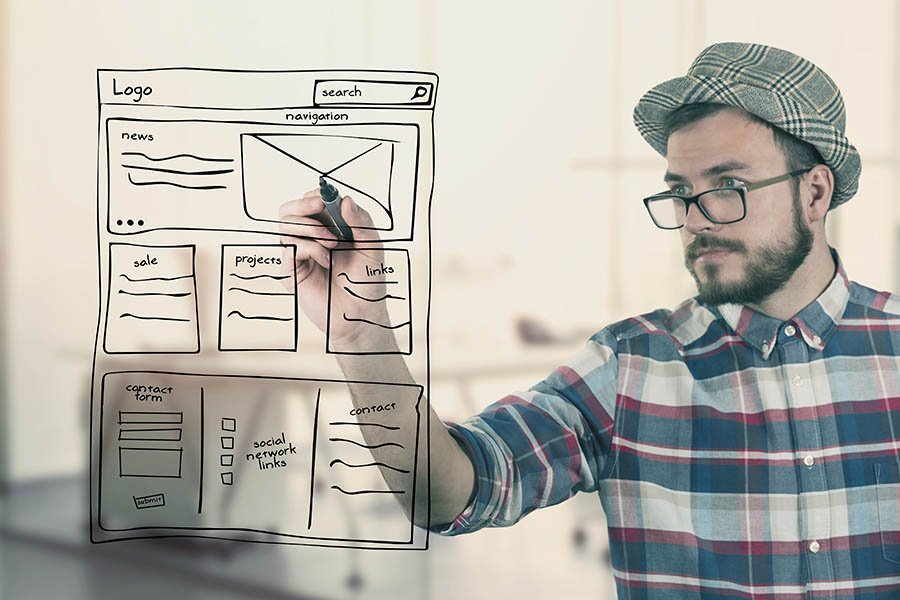 What’s the Difference between a Web Designer and a Web Developer?

In Digital Marketing
By GTG Marketing

If you’re new to the world of web design and development, you may be wondering what the difference is between a web designer and a web developer. In short, a web designer is responsible for the look and feel of a website, while a web developer is responsible for the functionality and technical aspects of a website. Web designers are usually concerned with things like layout, color schemes, fonts, and images. Web developers are usually concerned with things like code, CSS, HTML, and JavaScript.

In web design, there is a long road between the beginnings of an idea and a final product. And rarely is this road traveled by just one person. As with a film or with a musical recording, there are many people involved in the process. The two most prominent people involved in creating a website are the designer and the developer. So what’s the difference? Let’s explore …

What Web Designers Do

Web designers are visual designers and often have a background in graphic design. This is helpful because they understand things like balance, white space, and composition. All of these come into play when creating a website that is pleasing to the eye.

Designers don’t always know how to execute their ideas, however. They just know what they want the final product to be. This is where developers come in.

What Web Developers Do

Web developers are responsible for the functionality and technical aspects of a website. They know how to build a site and make it work. They code programming languages like HTML, CSS, and JavaScript. Developers also have to take into account things like user experience (UX) when coding a website. This means making sure that people can actually use the site easily and efficiently.

Are You Ready to Launch Your Brand

to the Next Level of Success?

For More Info about Our Custom, Fully-Integrated Marketing Solutions

Why Are Designers and Developers Separate Jobs?

Why, you might ask are web designers and developers separate roles? Can’t one individual just learn to do both things? Isn’t having a web designer and a web developer kind of like having two separate mechanics who work on different parts of an engine?

The best answer for this is that, yes, one person can learn to do both things. However, most people are better at one than the other. Design is more of a left-brain creative activity, while development tends to be more right-brained and mathematical. Not a lot of people are highly skilled in both areas.

Two Ways of Looking at Things

A developer’s website would be functional. Everything would work, it would be efficiently coded, and fast . . . But it would likely also be bland and uninspiring.

A designer’s website, on the other hand, could end up being a complete mess. A mess of ideas that the web designer was simply not able to execute from a technical perspective.

There are many websites that lean towards one of these extremes or the other (which is often a clue as to who had the biggest role in creating it). The best websites, however, are those that have a healthy balance of both web development and design.

A web designer’s job is to come up with the concept of the website, including the look, feel, and functionality. They often have a background in graphic design. Web developers are responsible for making the designer’s vision a reality by coding it into a website. Together, they create websites that are both pleasing to the eye and easy to use. A healthy balance of web design and web development is key to creating an effective website.

Invest in Your Success with GTG Marketing

Let’s talk about the marketing solutions that will grow your business and drive new customers to your front door.

This website uses cookies to improve your experience while you navigate through the website. Out of these cookies, the cookies that are categorized as necessary are stored on your browser as they are essential for the working of basic functionalities of the website. We also use third-party cookies that help us analyze and understand how you use this website. These cookies will be stored in your browser only with your consent. You also have the option to opt-out of these cookies. But opting out of some of these cookies may have an effect on your browsing experience.
Necessary Always Enabled
Necessary cookies are absolutely essential for the website to function properly. This category only includes cookies that ensures basic functionalities and security features of the website. These cookies do not store any personal information.
Non-necessary
Any cookies that may not be particularly necessary for the website to function and is used specifically to collect user personal data via analytics, ads, other embedded contents are termed as non-necessary cookies. It is mandatory to procure user consent prior to running these cookies on your website.
SAVE & ACCEPT